When Barrett was born in 1997, his parents decided to bank his cord blood. Following cord blood treatment, today, his pancreas is still producing insulin, even though he has been living with type 1 diabetes since 2006.

Our son, Barrett was born in Toronto on July 24, 1997. It was a planned C-section and all was going according to plan. One of my wife’s friends was a lab technician in San Diego and mentioned to us the research that was being done with stem cells and that stem cell collection is a painless and easy thing to do.

We spoke to our obstetrician about the possibility of collecting the stem cells and he was reluctant, saying that we did not have anything in our background that would warrant such a procedure. We had no expectation of ever using them, but we felt that it was a good thing to do anyway. In spite of the doctor’s objections, we implored him to perform the extraction. Nobody knows what the future holds and our view was that the worst-case scenario was that these stem cells would expire in about 10 years. 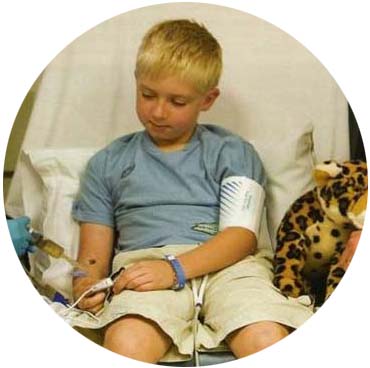 On December 22, 2006 our lives changed in a way that cannot possibly be expected. After displaying the classic symptoms, Barrett was diagnosed with incurable, insulin dependent, type 1 diabetes, commonly referred to as juvenile diabetes. There is no history of diabetes or any significant health issues in either of our family backgrounds. It was a shock to my wife and I. They took us into a room and had us practice injecting a sponge rubber ball and told how much insulin to use and told us to call them in month or so to see how Barrett was progressing. We of course had just learned short moments ago that our lives were being completely transformed. We mentioned at the time that we had collected Barrett’s umbilical cord stem cells at birth and inquired whether there was any research being done in this area. We were flatly told that no studies were available and that our son’s disease was something we all had to accept and live with.

That Christmas, instead of wrapping Christmas presents and mourning the change in our lives, my wife and I were diligently trying to find out as much as we could about the disease through on line resources. Christine came across a research study being used at the University of Florida where they were studying the impact of re-infused stem cells on children with type 1 diabetes. He had been recently diagnosed, he was still producing insulin on his own to a degree, and the only question was the quality of the cord blood that had been collected. After all, it had been close to 9 ½ years that this blood had been stored. We are proud to say that the collected stem cells produced extraordinary results.

Fast forward to today. Barrett is still in the “honeymoon stage” of his disease, which means his pancreas is still alive and producing insulin. That is completely unheard of considering Barrett has had the disease for over 3 years now. The original doctors told us that the honeymoon period would last a few weeks to a few months. Barrett is by far the oldest participant in the study.

Today, Barrett is a healthy active child in every capacity. He is still producing insulin on his own to this day and his progress has been extraordinary.

This stem cell infusion is not at all the cure for his condition, however because he is producing insulin on his own, the possibility exists that he can be helped as research on this disease continues. We know in our hearts that our decision many years ago to extract and store his cord stem cells has played an integral part in his success.