Story: Jesse loves to ski, “that’s usually where you’ll find him; on the ski slopes near our Dorchester home” recalls his mother. Like any other nine-year-old Jesse Farquharson continues to live life to the fullest and is thriving in grade four. Each passing anniversary of his transplant is a reason to celebrate – his life and the decision we made back then.

Before he was born, there was no cause to suspect Jesse’s stem cells would be needed. “When we looked at our family medical history, there was no reason to bank, nothing to justify spending the money, however it did provide peace of mind.” Shortly after he was born, Jesse was given the grave diagnosis of bilateral retinoblastoma (eye cancer) and it had spread to his spinal fluid. The tumor inside his right eye was treated with chemotherapy and his left eye was removed. A shunt, surgically placed in his head, would target the tainted spinal fluid. This complex treatment left Jesse needing a bone marrow transplant. 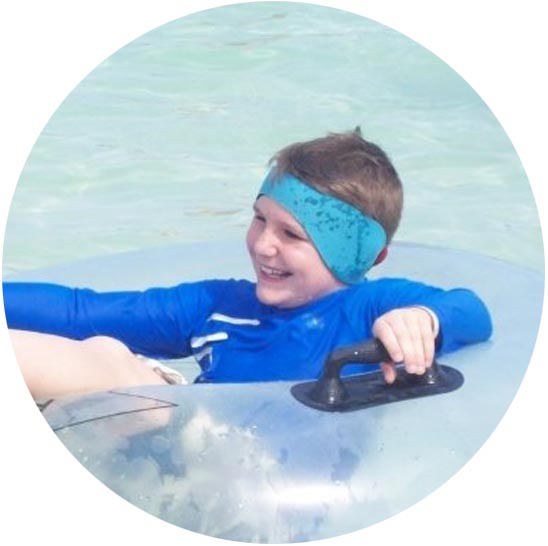 Luckily, Jesse’s parents had thought ahead and chosen to store his cord blood stem cells when he was born. Back in 2000 this was a relatively new and limited science; so this was a fairly bold and innovative move for his parents and for the specialists at The Hospital for Sick Children (SickKids) in Toronto.

“Having his cord blood stored at Insception Lifebank meant we did not need to go through the stress of looking for a match that was needed to reboot his immune system.” Although retinoblastoma did claim most of his vision, today Jesse is still like any other kid his age – full of energy. As his mom proudly affirms, “he is so busy most people don’t even realize he’s visually impaired.”It is incredible that the umbilical cord which sustained Jesse in utero gave him life once again after his birth and still today. He’s been stable since his transplant in 2001.