I always regretted not doing this for my first two boys!

Before my elder two were born I vaguely knew about storing stem cells but it wasn’t much of a discussion really. But in the back of my mind I always had a little bit of regret, maybe we should have invested in the process if for nothing else but piece of mind...Read more > 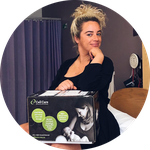 After being diagnosed with Polycystic Ovary Syndrome, I was told that falling pregnant naturally may be difficult. So, when my partner and I found out we were pregnant we were over the moon, and naturally wanted to do everything we could for the health and wellbeing of our baby...Read more > 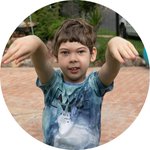 Cell Care and the Cerebral Palsy Alliance have collaborated to fund a Phase 1 safety trial led by the Murdoch Children's Research Institute. Ruben Proctor participated in the trial by...Read more > 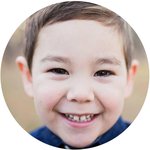 A remarkable impact on his life: Brodie Munz

Brodie Munz was diagnosed with cerebral palsy at 18 months old. His symptoms were limited movement in his left side and development delays...Read more > 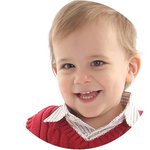 Leo was born in Toronto in 2007. All was well until one evening when he was four months old. We were taking photos of our children when we noticed something odd. The flash of the camera had exposed something in Leo’s left eye. Just a day later Leo was diagnosed with retinoblastoma, a childhood eye cancer typically affecting infants and children under 5 years of age...Read more > 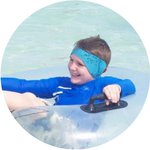 Jesse was diagnosed with bilateral retinoblastoma (a type of eye cancer), which was spreading to his spinal fluid. Luckily, Jesse’s parents had banked his cord blood stem cells and he has been stable since his transplant in 2001...Read more > 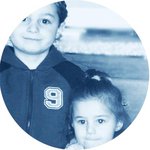 My daughter saved my son’s life

Devon was diagnosed with myelodysplastic syndrome at the age of two. Cord blood stem cells from his newborn sister saved his life...Read more > 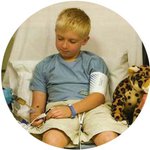 When Barrett was born in 1997, his parents decided to bank his cord blood. Following cord blood treatment, today, his pancreas is still producing insulin, even though he has been living with type 1 diabetes since 2006...Read more > 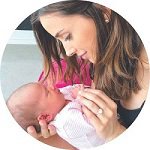 New mum Rebecca Judd has joined the growing ranks of Australian mothers choosing to store their newborn’s umbilical cord blood and tissue at the birth - to help provide an increased level of future health security for her child and family. With...Read more > 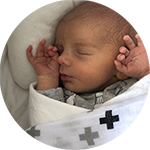 Educate yourself early - once you have the baby, it’s too late

As cord blood and tissue can only be collected at birth, Amanda’s advice for other expectant parents is to consider your options well before your due date.…Read more > 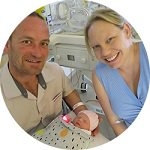 The research and potential uses backed up our decision to store

Your baby’s stem cells are a perfect match for your child and the properties of cord blood stem cells mean they more easily integrate into a patient’s body. Factors such as these, along with Cell Care’s assistance, were a key driver behind Lauren’s…Read more > 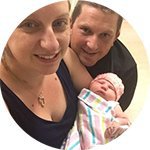 Once that baby is in your arms, you’d sell your left hand to keep them safe, so it’s really not a hard decision to take advantage of such a wonderful service in health care…Read more > 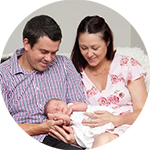 I would like to think that no expecting parent is unaware [of cord blood storage] as the word should be out there - midwifes, hospitals, doctors, social media, advertising - all of this is so important.….Read more > 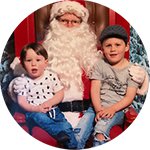 Cord blood & tissue storage was important given the risk of diabetes

The risk of her children developing diabetes was an important driver for Janine to store cord blood and tissue for both her sons. Janine advocates for expectant parents to store their baby’s stem cells as….Read more > 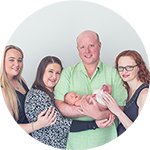 Banking our daughters cord blood was a priority for us

Unfortunately due to cancer in my late 20's life saving treatment made me infertile and I was unable to have children unassisted... I know I would have regretted not having my daughters cord blood collected especially if she became ill later in life.…..Read more > 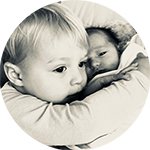 We were advised by our Obstetrician Dr Carl Lam about Cell Care with our first child Archie who was born March 2016. When we again saw Dr Lam with our second child it was one of the first things we arranged with him...Read more > 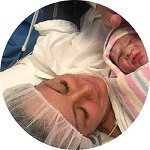 Cord blood banking may help other family members in the future

Consider the fact that we don’t know what the future holds. We already have 2 older sons and the fact that this could help any of our 3 boys provides us with a great peace of mind.…..Read more > 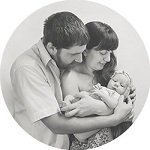 We had suffered 3 miscarriages and wanted to do everything in our power to ensure that our baby's health was protected for now and in the future. We had not previously heard of the availability of cord blood and tissue storage…Read more > 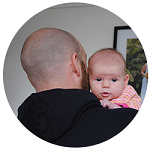 I would highly recommend looking into the possibilities that come with cord blood collection and the ongoing medical advances allowing improved treatments. Cell Care provided more specific information about the current uses for cord blood and the potential…..Read more >

Sarah and Ashley Prior, TAS 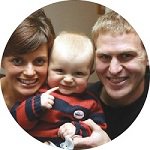 Why didn't someone tell me about storing my baby’s stem cells?

As a mother of a child with complex health issues I’ve felt helpless at times. I want to take every feeling of pain, uncertainty and disadvantage his condition causes away from him. In short, I guess I just want to do the best by him and...Read more > 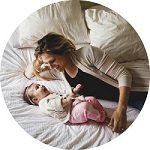 I wasn’t aware before my first pregnancy that umbilical cord blood and tissue is a rich source of stem cells that may be used for medical treatments. I learnt from reading and discussions with my doctor that stem cells from cord blood...Read more > 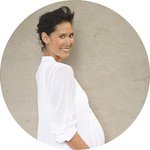 I recently gave birth to our third child, a beautiful baby girl named Frankie. Since I gave birth to our first child, Stella, in 2006, I’ve noticed the amount of advice and information available to new mums has really grown. Something...Read more > 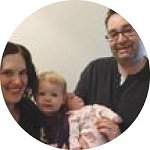 When preparing to have our first child, I read about the option to store our baby’s umbilical cord blood and tissue stem cells in a pregnancy magazine. I did a lot of research to find out what it was all about and what the potential benefits...Read more > 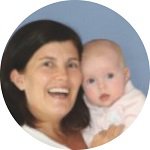 “Everybody that I dealt with was professional and friendly, right from my initial phone call up to collection of the cord blood. I was particularly impressed by the professionalism and flexibility of the collector. I had initial concerns...Read more >