This is why we do what we do: The beautiful journey of Brodie Munz who had a Cord Blood infusion after being diagnosed with Left Hemiplegia Cerebral Palsy. Thank you Brenda Munz for sharing this incredible story with us.

Umbilical cord blood stem cells are being investigated globally as a potential treatment for cerebral palsy.

In Australia, Cell Care and the Cerebral Palsy Alliance are collaborating to fund a Phase 1 safety trial, led by Murdoch Children’s Research Institute. It aims to determine whether sibling cord blood is safe, and as a secondary consideration, efficacious for children with cerebral palsy.

Brodie Munz was diagnosed with cerebral palsy at 18 months old. His symptoms were limited movement in his left side and development delays. Ben and Brenda, Brodie’s parents, chose to collect his newborn sister Zoey’s cord blood through Cell Care’s sibling collection program. Brodie was one of the cord blood infusion recipients in the MCRI Phase I trial in Melbourne. His treatment took place in December 2018.

Since the cord blood transfusion, Brenda and Ben have reported notable improvements in Brodie’s condition.

“Particularly with his left arm, since the cord blood treatment Brodie’s increased movement and strength in his left arm has had a significant impact on his quality of life. Prior to December, he would avoid playground apparatus requiring use of his left arm; it’s no longer the case now.”
Brenda says “I’ve even noticed a difference in his intellectual ability. He is definitely brighter and more engaging since the infusion.” 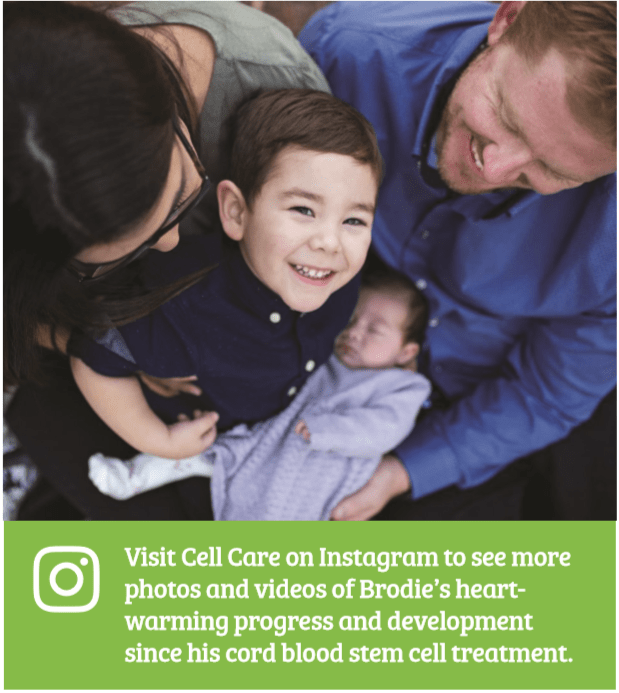 Professor Iona Novak, Head of Research at the Cerebral Palsy Alliance Research Institute said, “The sibling program that Brodie has benefited from is a significant contribution to cerebral palsy research in Australia. The clinical trial that Brodie has participated in is an important study that will add to the growing body of evidence assessing cord blood infusion as a potential therapy for cerebral palsy.”

Early-stage clinical studies have suggested that there may be improvements in motor function such as that being felt by Brenda and Ben when a child’s own cord blood or unrelated cord blood has been infused in the setting of cerebral palsy.

Based on safety and clinical benefits reported in cord blood trials, the FDA (in the US) has granted expanded access, compassionate use and expedited access to trials that utilise cord blood in the treatment of both cerebral palsy and autism. Families must have stored their child’s own cord blood, or that of a matched sibling, in a family bank.

Umbilical cord blood and tissue are rich in powerful stem cells that can only be collected at birth. 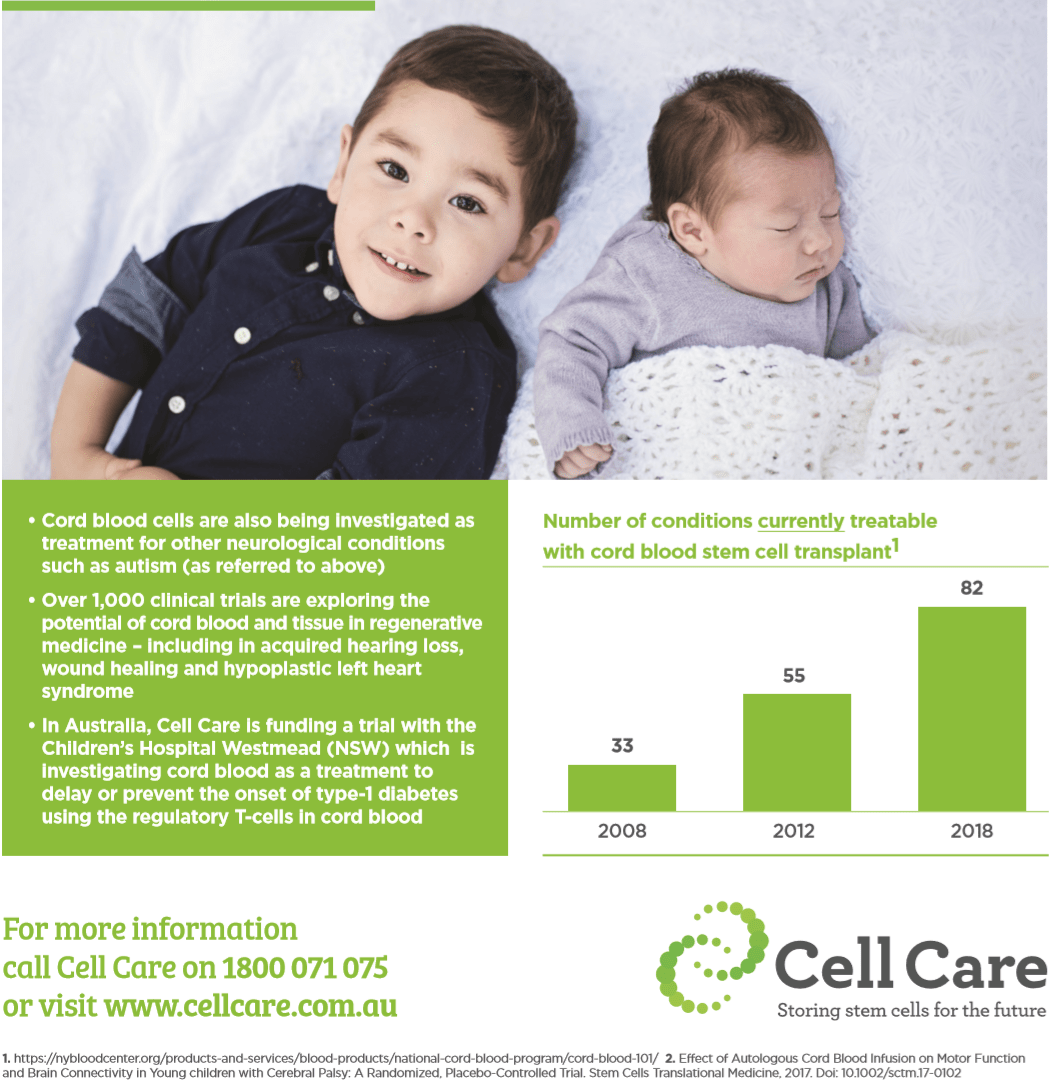